Flying over the Nazca Lines

This article will be a mix between history and tips to travel to Nazca, because it is not possible to talk about this city without telling fascinating historical facts. 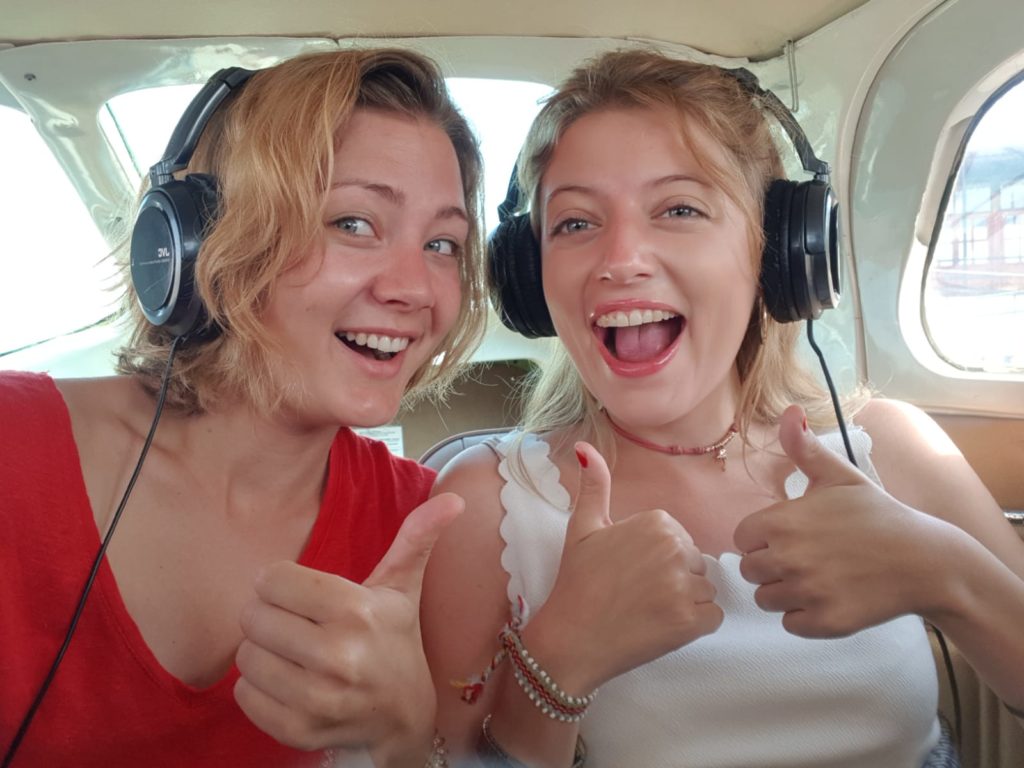 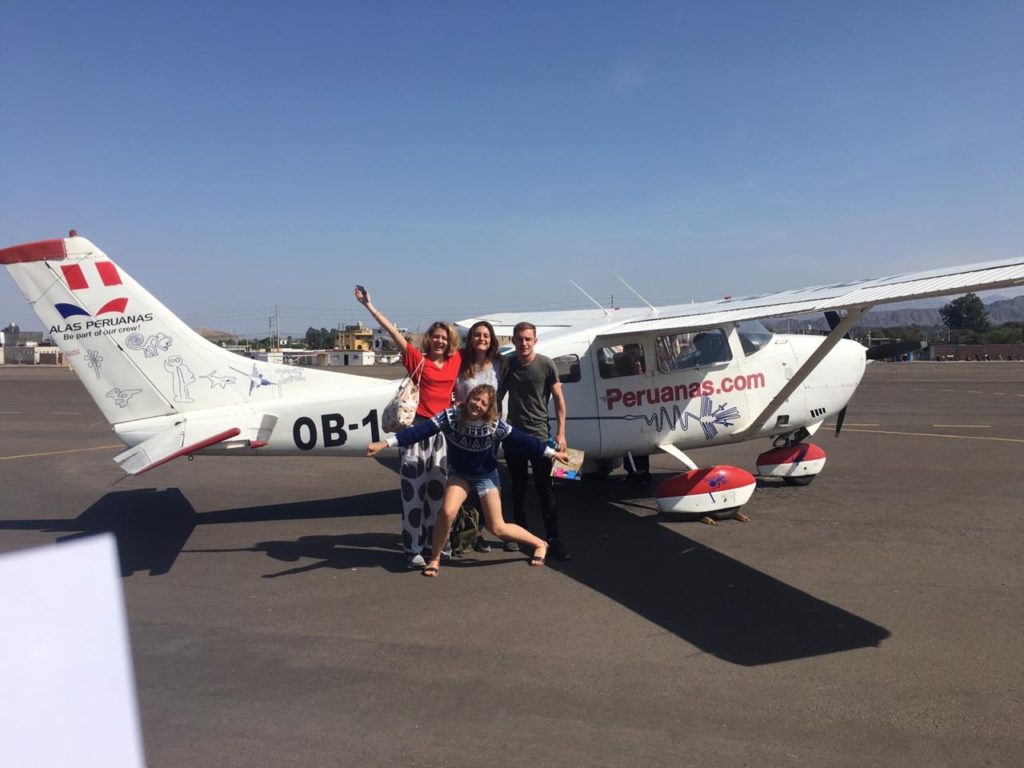 Nazca is one of the most mysterious place in Peru. The city inherited its name from the Nazca civilization that lived in the region between 200 BC – 600.

After Huacachina, (because you have read my previous article, so you are following the story right?) my friends and I decided to go to Nazca -since it was not that far away-in order to see the famous “Nazca lines” which was actually the attraction we were waiting the most from our first trip in Peru. We took a taxi (approx. 9 minutes ride) to go from Huacachina to Ica’s city so we can hop on to the bus towards Nazca. Try to reserve your tickets with anticipation, because it might be hard to buy tickets on the same date. Go on “busbud.com” to make a reservation, you will find what you need. The bus ticket costed around 5 dollars and the trip lasts 2h30. When we arrived in Nazca, we decided to stay at “La Maison de Lydia”. If you go to Nazca you definitively need to stay in here. The accommodation is really cute, the rooms are really nice and the hosts are lovely. You will feel like home. The night costs 25 dollars per night and breakfast is included. You will also be able to enjoy a nice terrace with its swimming pool where you can chill with your friends. The service is really good (5 stars). I would recommend it to everyone.

Now let’s talk about the most exciting part; the lines of Nazca. The lines were created by the Nazca population between 500 BC and the year 500. However, their mystery remains unsolved and that is what make them so magical and astounding at the same time. For the ones who are curious and don’t know what are these lines, here is a little explanation. These very old figures correspond to various drawings and geometric shapes, scattered over an area of 750km ². You can see for example the shape of an astronaut, a giant bird of 305 meters wide, or a pelican, a monkey, or a condor, and so  other existing figures that will not mention here, because you have to adventure and  discover them by yourself.

It is fascinating to see how the lines are very precise after so many years, but how ? In fact, this place is incredibly well preserved thanks to its arid soil and dry climate (rain doesn’t exist there). You might ask yourself : what were those lines used for ? That is the big mystery, and many theories exists trying to explain the reasons of its creation. Some people think that the lines were intended to be seen by the gods from the sky. Other experts think that the lines were used as an astronomic observatory. Moreover, some studies leaded to the conclusion that it might corresponds to figures which would represent the constellations. One of the “most original” conclusion would be that the lines were created by OVNIS. There are no sufficient proofs to be sure of one theory which keeps the Nazca Lines magical and creative. 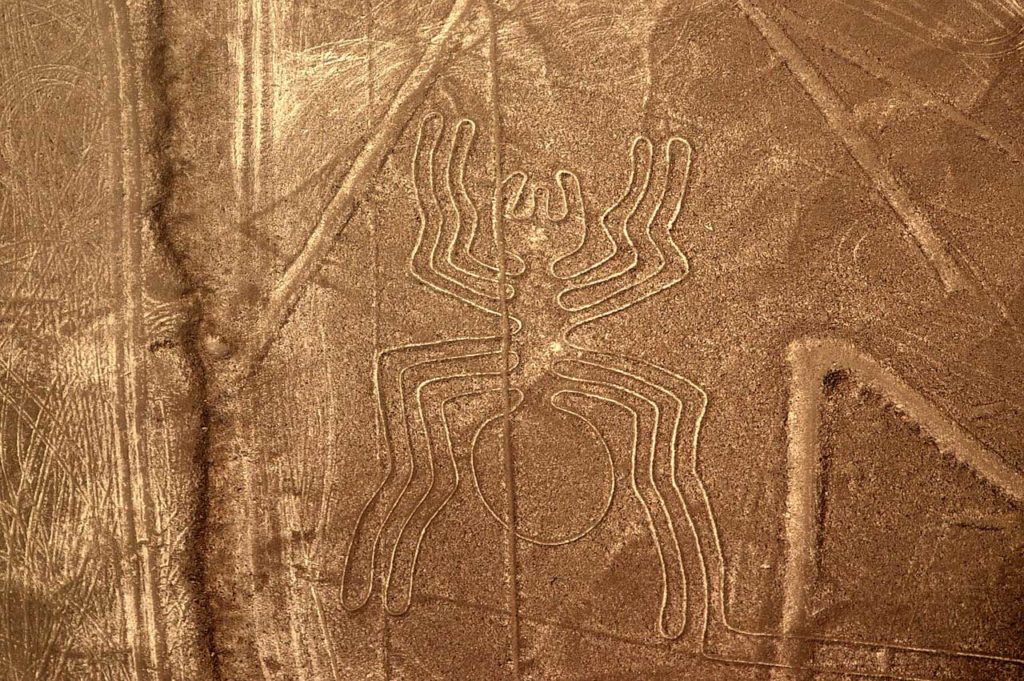 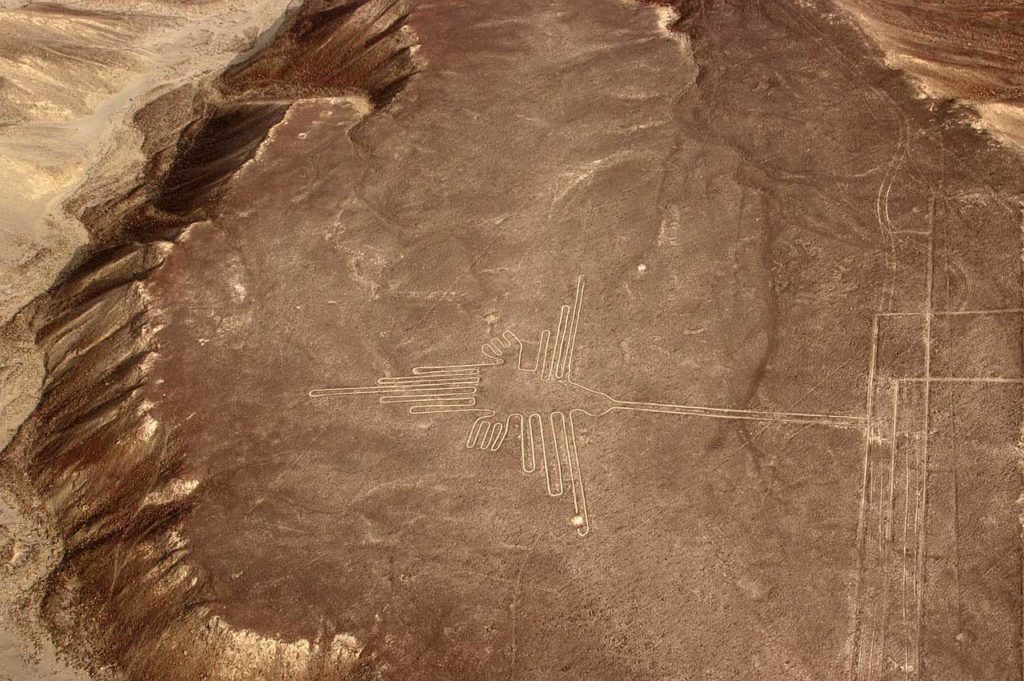 The only way to watch the Nazca Lines is to take a plane and watch them while you are in the sky.

We chose the air company “AeroParacas”. This company was really professional and we paid in total for the service 70 dollars plus 19 dollars of airport taxes. The pick up from our hotel to the airport was included  in our Hotel’s reservation. The tour lasts 30 minutes and we were able to see 12 figures.

You should take your precautions, before getting into the plane. In fact, the plane is really small and moving a lot so I would advise you to not have breakfast before doing this trip if you don’t want to spend your whole flight throwing up. During the little trip, the pilots were helping us to find the figures which are sometimes not clear to see.

The Nazca Lines’ trip in general was really satisfying, showing us that Peru offers a rich historical places with incredible mysterious theories of their creation that prevail for centuries and still to be discovered their true origin.  And you, which theory do you defend?